After our Active Play training with Mrs Dodds from LJS. We got together with Miss Binns and Mrs Hughes to plan an activity to deliver to LKS2 children at lunchtime. We were in pairs and took it in turns to deliver our activity. We’ve had some sunny weather recently so it was nice to make the most of the school field and play some games! We enjoyed being a play leader and all the children said they enjoyed it after which made us feel great! 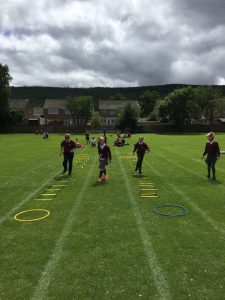 On the afternoon of Wednesday 24th May other pupils from Galley Hill and Highcliffe came to compete in an Athletics competition. It was a very hot afternoon! Thankfully the clouds came over and it cooled down slightly in time for us all to compete. LJS Sports Leaders, Mrs Dodds and Mr Thompson were organising and running the compeition. It was very well organised and we really enjoyed taking part and competing against peers from other local schools.

Mrs Dodds and Mr Thompson let us know at the end of the afternoon who had qualified to take part in the Cleveland School Sports Partnership School Games Athletics Trials for Year 5 and 6 at Middlesbrough Sports village on Wednesday 7th June. We also learned that overall we were the champions of the afternoon and will recieve a throphy!

We are very much looking fowards to the next stage of competing and it will be great to be at a new venue were professional athletes train! For those of us who didn’t make it through we wish out peers the best of luck and had a great time taking part at our school athletics trails and the cluster competition.

Watch this space for how we do on 7th June! 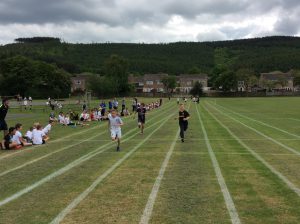 The sun shone for us when we played against Chaloner at their school on Wednesday night. We played 10 minutes each way and were in 7 a-side teams. Ava scored two goals and Ashliegh scored two goals. An owl goal was also let in, meaning we won 5-0. We had a great time and feel excited to play again at the upcoming Brotton Carnival Tournament. Hopfully we’ll make it to the final! 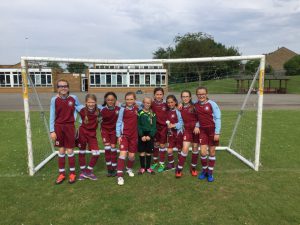 All Year 5 have had the opportunity this half term to complete the bikeability training. Some children had already done it but most hadn’t. We had to bring a bike from home and a helmet. We checked our bikes over first with the instructors to check they were safe. Then we completed some level 1 training on the playground and if we were successful in that we did level 2 training out on local roads! It was great fun and interesting to learn skills to stay safe on the road. 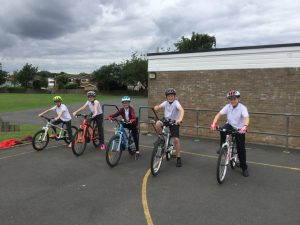 All of the children from Change4Life gathered together at lunch time to make lots of delicious healthy snacks such as fruit smoothies, fruit kebabs and a yummy fruit salad. After school we all got out lots of fun activities such as skipping, cheer leading and hoola hooping. Then we invited our parents in to come and join in with the fun activities and eat some of the yummy fruit with us. It was so much fun! all of the adults and children had a great time! 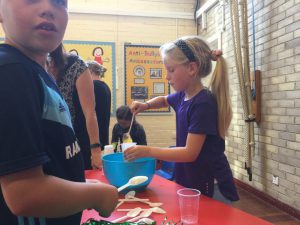 We qualified to represent our school at the CSSP Middlesbrough Sports Village Event. We had never competed there before and really enjoyed the experience. We competed against other schools in the wider area. Some of us should make it through to represent the Cleveland team and are really looking forward to going again! 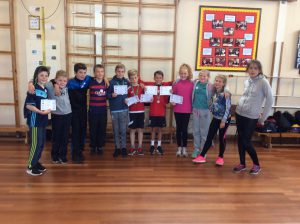 From our last visit to Middlesbrough Sports Village some of us qualified to represent Cleveland. We were so happy and proud! We really enjoyed representing our school and the Cleveland team. There was some tough competition but we did well overall and thoroughly enjoyed the competitive experience 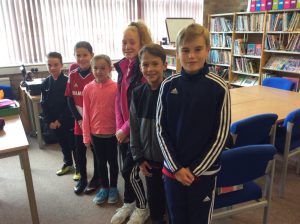 A coach from Female Football Factory, Skelton got in touch with Miss Binns to ask if she could come into school and train with our football club. Some girls already attended the Female Football Factory club and said how fun it was so we thought it would be a good idea. Miss Binns also invited Year 3 and Year 4 to come along for the half term to join in too as usually girls football is only for Year 5 and Year 6. We played games to improve our football skills and had great fun! Lucy awarded a medal to someone at the end of each training session who had shown a great attitude, teamwork, resiliance or manners. A few girls now attend the club after school on a Tuesday night. We really enjoyed training with Lucy and improving our skills! 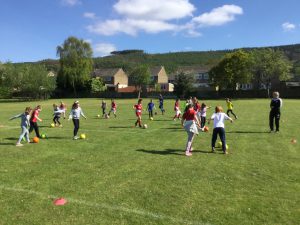 On Saturday 8th July, the Y6 football team, Miss Binns (our coach) and Mr Wells went to St. Peters, Brotton to play against four football teams in the annual Brotton Football Festival. Even though we didn’t win, we all tried our best and had a great time in the sun! We only lost by 1-0 in three of the matches and drew one match 0-0. We are looking forward to having another year training and improving our skills now that we have experience of playing lots of matches. Watch out for us next year!

By Jessica Tebble and Molly Brown 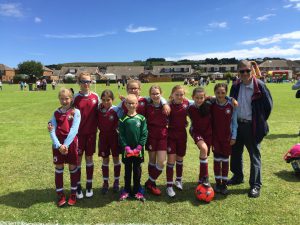 Sports for Schools Fundraising gets new PE Equipment for school!

Pupils raised just over £900 from their sponsorship to complete a fitness circuit with GB diving athlete James Denny. Staff and pupils were asked what equipment they felt we would benefit most from as a school. From that the equipment was ordered. Including: a range of balls for play times and lunch times, an electric pump so they don’t go flat! Netball posts, tennis balls, sponge training tennis training balls, 4 new gymnastic mats, relay batons plus much more. We are looking forward to utilising the new equipment during PE lessons, play times and lunch times and after school clubs. 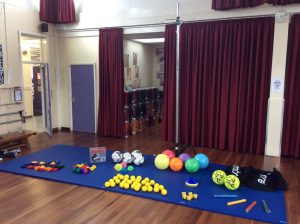 On Thursday 4th May we competed in a tennis tournament at Saltburn Leisure Centre against other local schools. We had to put the tennis skills we’d been learning over the past few months into practise! We came fourth overall and have proudly displayed our certifcate on our School Sports display. It was great fun competing against other children and we really enjoyed our day! 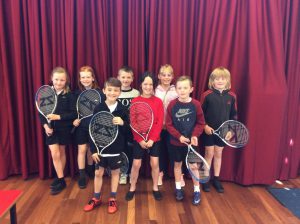 On Thursday 9th March, Belmont Primary School’s Y5/6 netball team, which is run by Mrs Simpson, took part in a high-five netball tournament, which took place in our school. It was a lovely sunny afternoon and we were all looking forward to playing against other schools rather than our fellow team mates. It went really well seen as we only started training together in October. We loved the support from our reception children, who spectated and cheered us on. We enjoyed playing against other teams such as Chaloner, Highcliffe and Galley Hill Primary School. 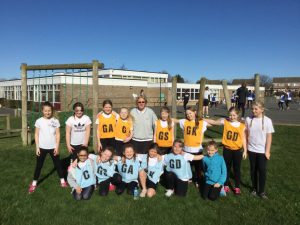